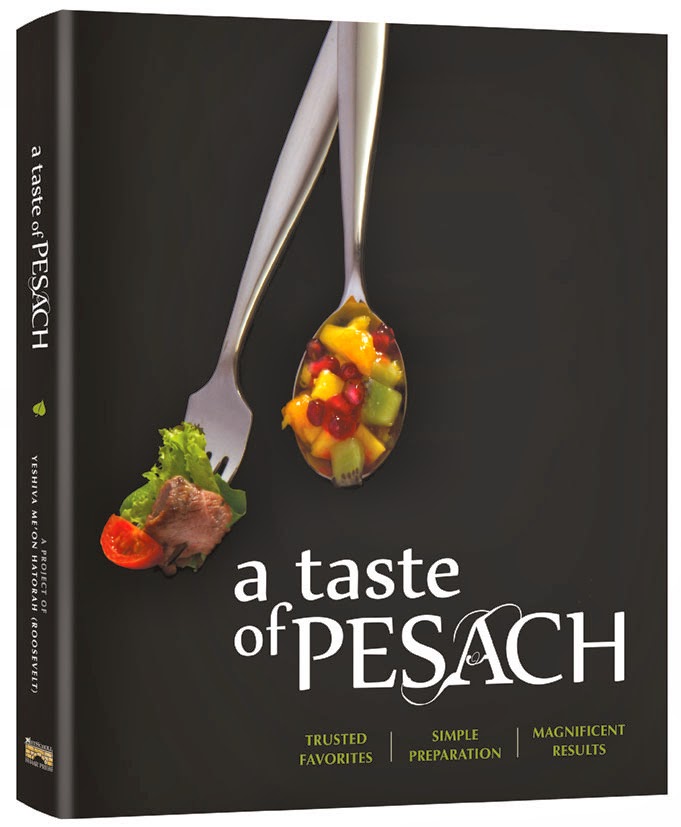 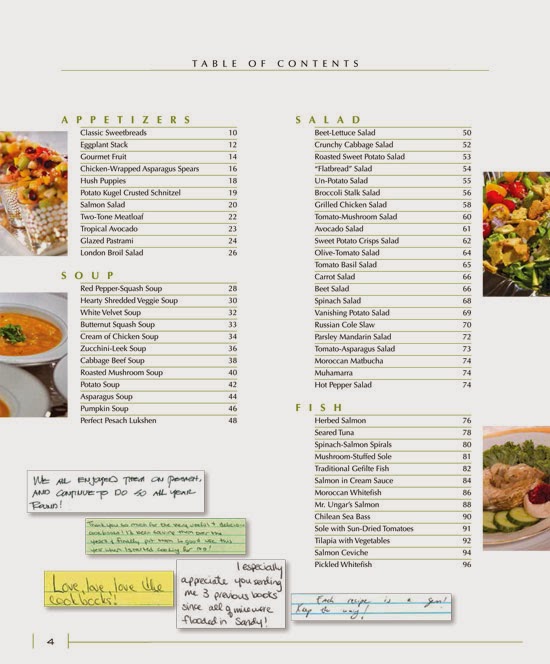 I've stopped ranting about the dangers of drinking excessively on Purim, I have long since laid that banner down. I'm tired of hearing, "You don't understand. That's the only outlet these boys have.", because that argument is shameful in itself on so  many levels.

So here-forth instead I put to you my Purim Drinking Etiquette. It should be self-explanatory, but it's not.

If you drink a lot - DON'T DRIVE.
If you vomit - CLEAN IT UP
If you break something or damage property - understand that actions have consequences. Be the mentsch we know you really are down deep inside: report the damage, and take financial responsibility for it.
Oh, and one more.....
If you are charged with overseeing a drunken bunch of Yeshiva boys who don't know how to do on much on Purim but drink and act like animals and create a chillul Hashem for all non-Jewish workers who are charged with cleaning up (because we don't allow them normal, healthy outlets [such as sports] all year long...) - REMEMBER - YOU ARE THE GROWN UP. If you cannot handle the crowd, call for backup. If backup is not available, call the police. If chas v'sholom, somebody gets hurt, "I couldn't control what was going on", will not be a valid response!

{stepping down from my splintered and vomit soaked soapbox now}

A Decade of Joey Grammens

Although I fail to understand why year after year people request the posting of Joey's annual Purim grammen to the blog, I am once again obliging.

As always, the best thing about the day is sharing the merriment with family and friends. 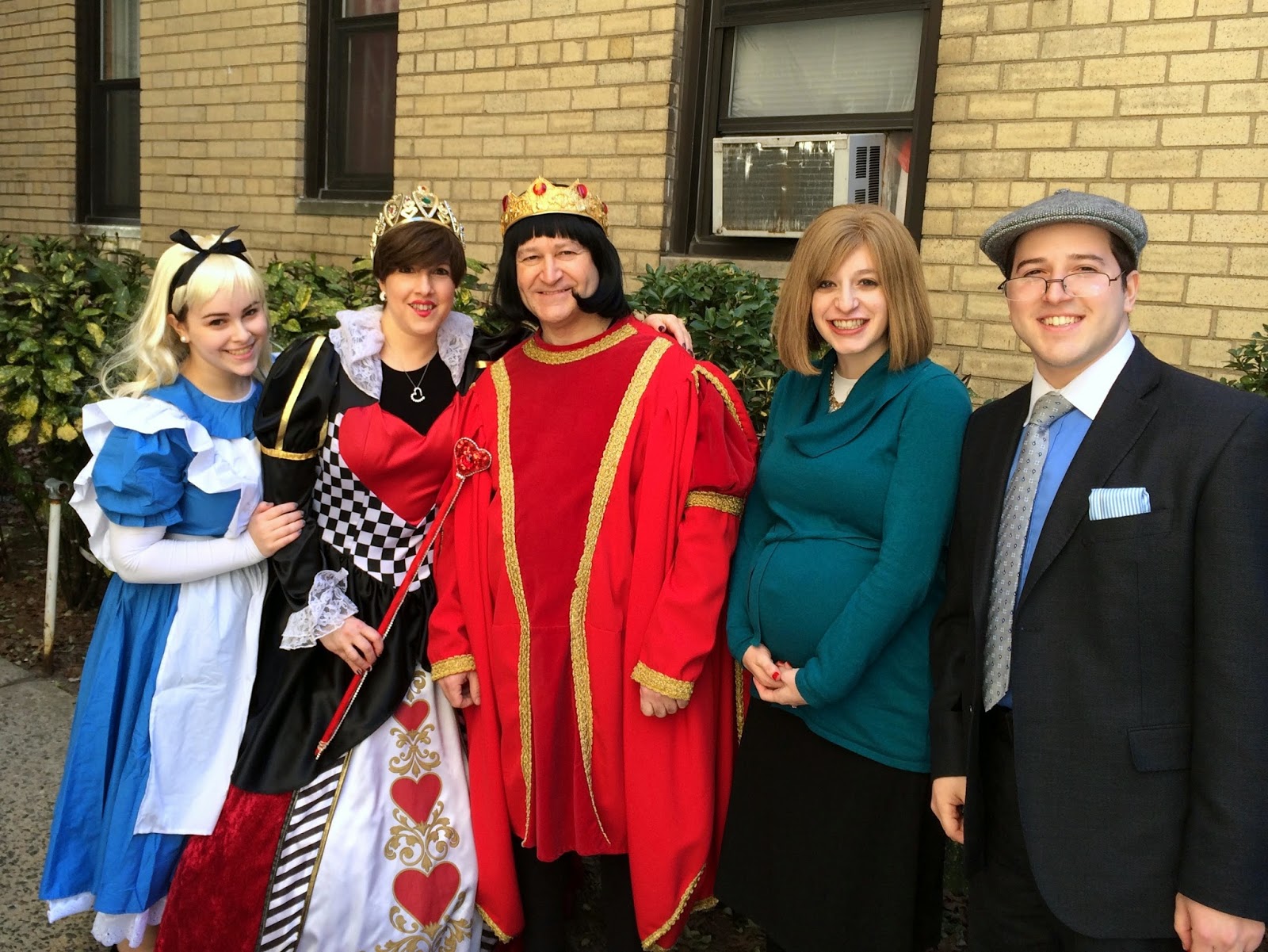 P.S. To those of you who may not see it right away. Joey and Kayla are dressed as Avram and I.... Imitation is the sincerest form of flattery ;) 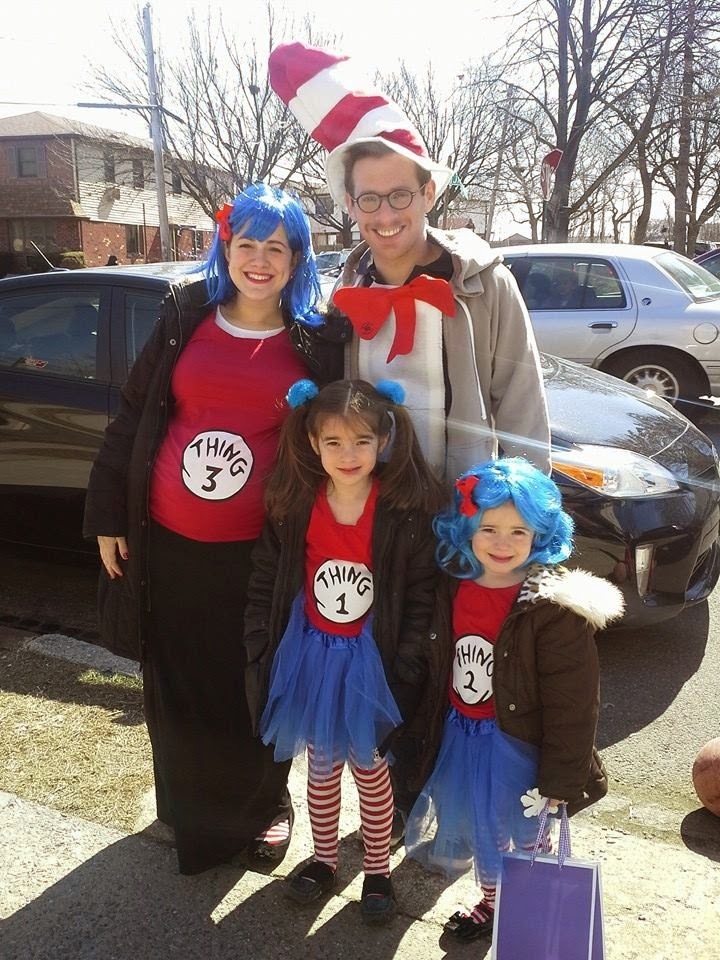 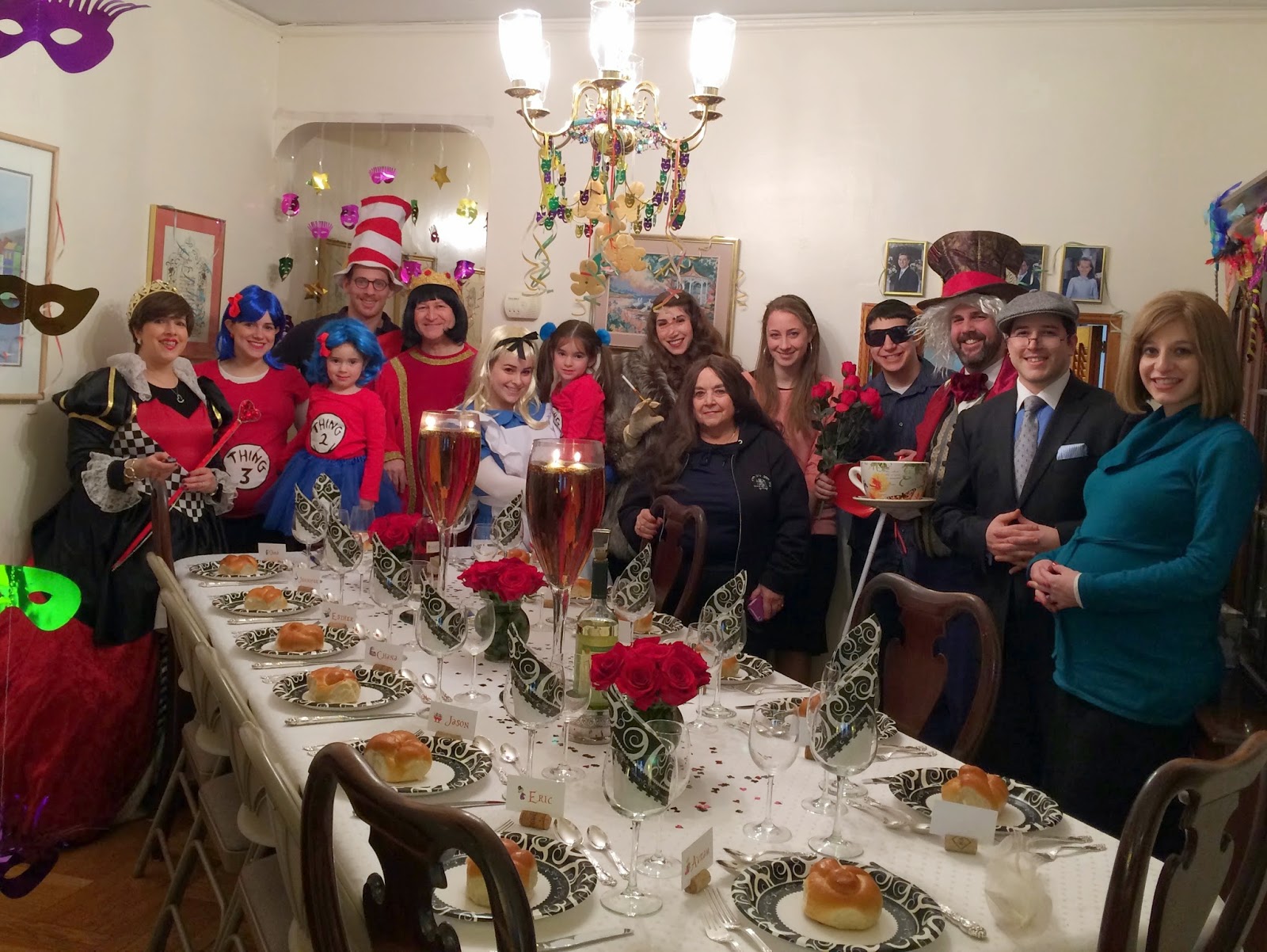 I have been asked by many what my Purim Seudah Menu will look like, so here goes:
Mini puff pastry triangles filled with meat (we like to have an appetizer that alludes to the "hidden" miracle of Purim)
Sweet potato leek soup
Tongue
French roast
Broccoli kugel
Corn salad
Orzo
.... and since the grandchildren are coming, I decided to try my hand at this dessert again. I haven't done it since 2012 since we need to make a lot of them and it is rather labor intensive, to say the least. This year Jennifer pitched in and really did a lot of the piece-work. She made all of Achashveirosh, all the crowns, Haman's hats and beards and much, much more. I find as the years go by, my patience wanes and her expertise grows ;). 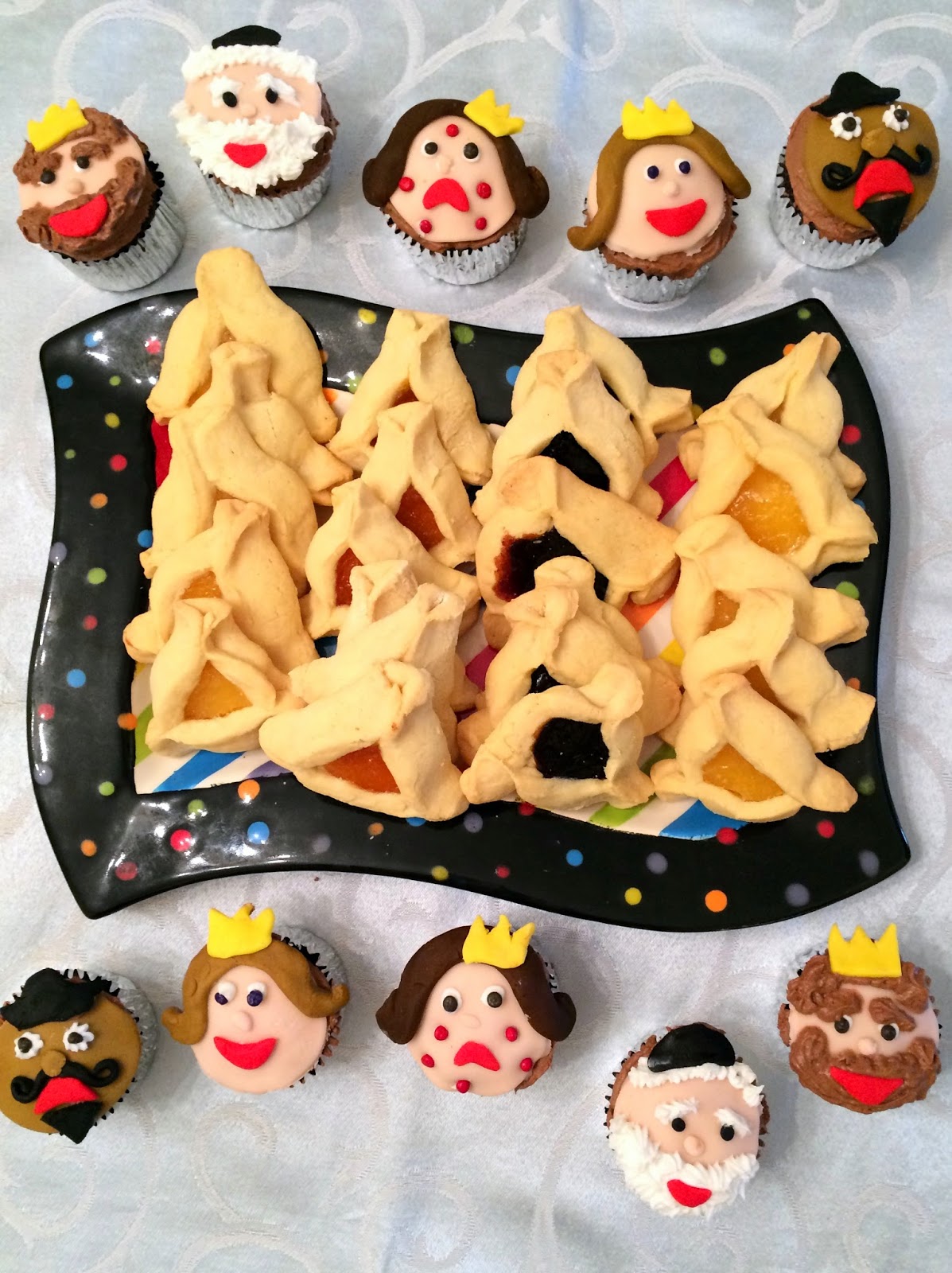 Shabbos with Young Children - Let's Not Lose the Beauty

This blog post has been simmering for a while because I want to be very careful not to offend anybody.
I read a post on another website that at first just made me sad. Monumentally. Overwhelmingly. Sad.
Then I received a very encouraging email from a blog reader about some of the ways she feels my blog inspires others and I realized I must say something.
I cannot in good conscience link the actual post on my blog because frankly, I find the style it was written in to be too crass. I will try to to justice to the author while omitting foul language and crudeness.
Before I begin let me state that I myself have raised a family of four children, the first three in three years. Yes. I had three children in diapers at the same time as we cared for ailing parents and grandparents, and no, my home was anything but perfect during those whirlwind years. I remember them well.
I am NOT here to judge or to criticize.
But perhaps to inspire......


"....Oh, Friday night dinner. You’re meant to be the highlight of the Jewish week. Each day we grow closer and closer to you, our anticipation measured by the lists and the shopping and the cooking and then the more shopping to get all the things we forgot, all of it building to a monumental crescendo of hope, promise, expectancy, and all of it ending in complete, unfettered, unmitigated disaster."

Encouraging start, right? Further on, after the author details multiple arguments among her children, she continues with this ....


"At some point, we get everyone upstairs. We light some candles, and pour some grape juice.

“Why does he always get that cup?”
I won’t dignify any of these with my responses, but at some point we get them to drink the juice and move on to the challah, but not until we've all complained about the table plan.
“I want to sit next to you.” All week long nobody really wants to sit anywhere near me, but Friday night dinner becomes a virtual smack-down to see who can physically climb back into my uterus. This can go on for hours, but usually ends with someone getting up and leaving the table, refusing to return. Often, there is a slammed door.
Still, we soldier on through the too-hot chicken soup (“Why does she get two ice cubes in hers when I only got one?”) and usually that’s about it. Anything else I’ve made rarely surfaces because one kid refused to join us at all, one kid left during candle lighting, two got into a fight over the grape juice and… you get the idea.
We try to talk about what they've learned in school all week, but maybe “all week” is still too close, because it becomes a shouting match to show us who learned the most, or really, who can talk the longest and the loudest.
Disagreements that on any other night would be shrugged off, become world wars–with each child going from zero to really [upset] in about three seconds flat.
Food that they devour in other people’s houses (I have actual reports, actual reports) is suddenly untouchable, so revolting that it needs to be pushed away from the eater. Believe me when I tell you that we have been out for Friday night dinner and I have had the kids ask me to get the recipe for a dish that I myself make regularly. At least two of the kids will at least try a dish, but only after they have picked out all the things they don’t like (a mushroom, a walnut–why do I bother?) and put them on the table.
Oh, and of course each child (and have I mentioned that there are five of them?) makes sure to make a brief appearance at the table in order to spill something.
At some point, my husband and I, left alone at the table with its sodden, stained tablecloth and chunks of discarded challah and unwanted food, look at each in complete bewilderment."

Meal over. But then we get the kicker:


"And there’s the rub. EACH WEEK WE ARE SURPRISED. Not only is it like it’s never happened before, but it’s like it didn't just happen LAST WEEK.Because, come Wednesday, I will realize that tomorrow is Thursday, which means that Friday is only 48 hours away. Come Wednesday, I will start a brand new list on a fresh piece of white paper. Come Wednesday I will plan a menu that nobody will eat. Come Wednesday, I am born anew.
In short, I have no institutional memory. Each week I repeat the Kabuki dance of Shabbat dinner, convinced that THIS week is going to be the week that it all comes together for me.
I’ll let you know when it happens."

You would think that this in itself would be enough to make me sad. I mean, isn't one definition of insanity repeating the same actions over and over and expecting different results?
But that is not what upset me the most. What really got to me was the myriad of reader comments that followed not only identifying with the writer, but glorifying her experiences. Is this what Shabbos across America really looks like??!?! I find this terribly depressing and unnerving.
Now I am fully aware that Friday night dinner with children cannot ever be a formal "adults only" affair, but I do wonder whether perhaps some parents are no longer teaching their children boundaries and are suffering because of it. Suffering to the point which even Shabbos meals are something to be dreaded and the day loses much of its holiness.

I've given this some thought and I have some advice for this woman:


I'm interested in my readers' advice on how to make Shabbos successful with young children. I'm writing this post to restore my faith in families. I refuse to believe, dozens of comments aside, that this is the way most households see Shabbos. Everything in degrees - I know. But this just went too far.......
Posted by G6 at 11:27 AM 13 comments: