Wishing You A Good Yom Tov 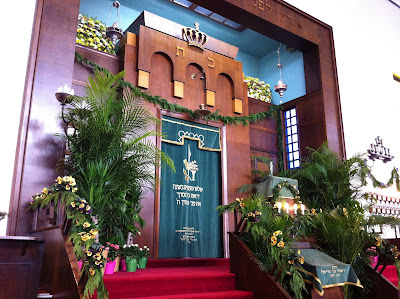 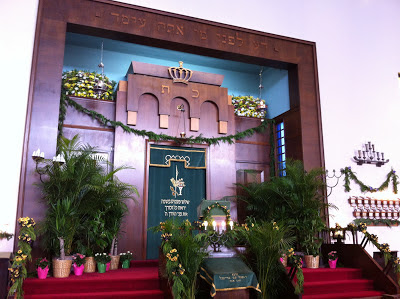 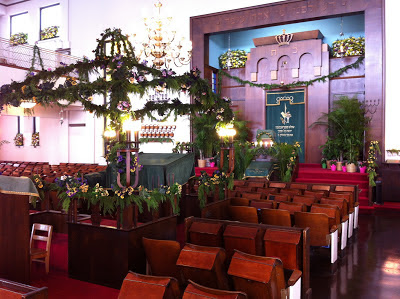 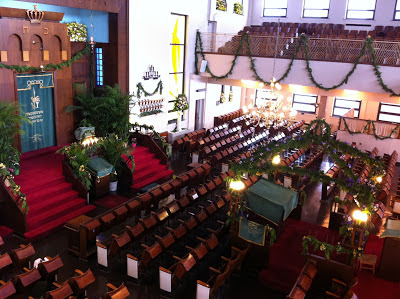 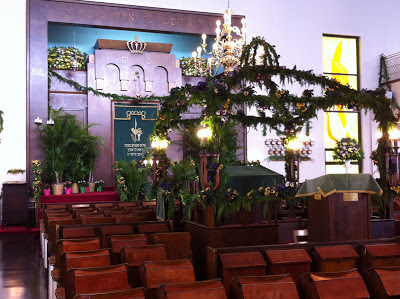 Is that a new Poroches on the Aron Hakodesh? Was the change of schedule in selling the Aliyos successful?

Most importantly, how were the Asparagus Soup & Cheesecake?

No, it’s the same Yom Tov poroches we’ve had for many years. A funny story regarding that. As you may know my late father designed many of the poroches which hang in our shul. This particular poroches was a ready made design which was donated by one of the parnosim of the shul many years ago in gratitude for being saved from a plane crash (he missed the ill fated flight). My father was never very fond of the design and had always hoped that it would be replaced one day. After a number of years passed and the poroches was showing its age my father approached the original donor and told him that the poroches was not in good shape and perhaps he would consider donating a new one, hoping, of course, that he would let my father design the new one. He told my father that he’d think about it and let him know. My father never heard back from the gentleman. When the next Yom Tov came around lo and behold this very generous gentleman showed up with a brand new poroches, but it was the exact same design as the old one!

The results of the auction were a bit better than last years so in theory it was successful. But the improvement was nothing drastic. The process did go smoothly and didn’t take too long so that we started davening Maariv at about 8:05 which is when we would have normally started anyway.

The Asparagus Soup and Cheesecake, as well as all the other offerings, were delicious, as always!

Regarding the poroches, was the initial poroches then used at the Ft. Tryon Nursing Home minyan in later years? Or am I confusing stories?

Yes, you are correct. The original shul one was cut down to fit the Nursing Home oron. Later on the members of that minyan got together and donated a new Yom Tov poroches for the Nursing Home.

I also had a question about that perochos in the symbols

Why Shofar ?
What represents Shevuous and or Pessach ? The Kos ?

It is beautiful nonetheless.